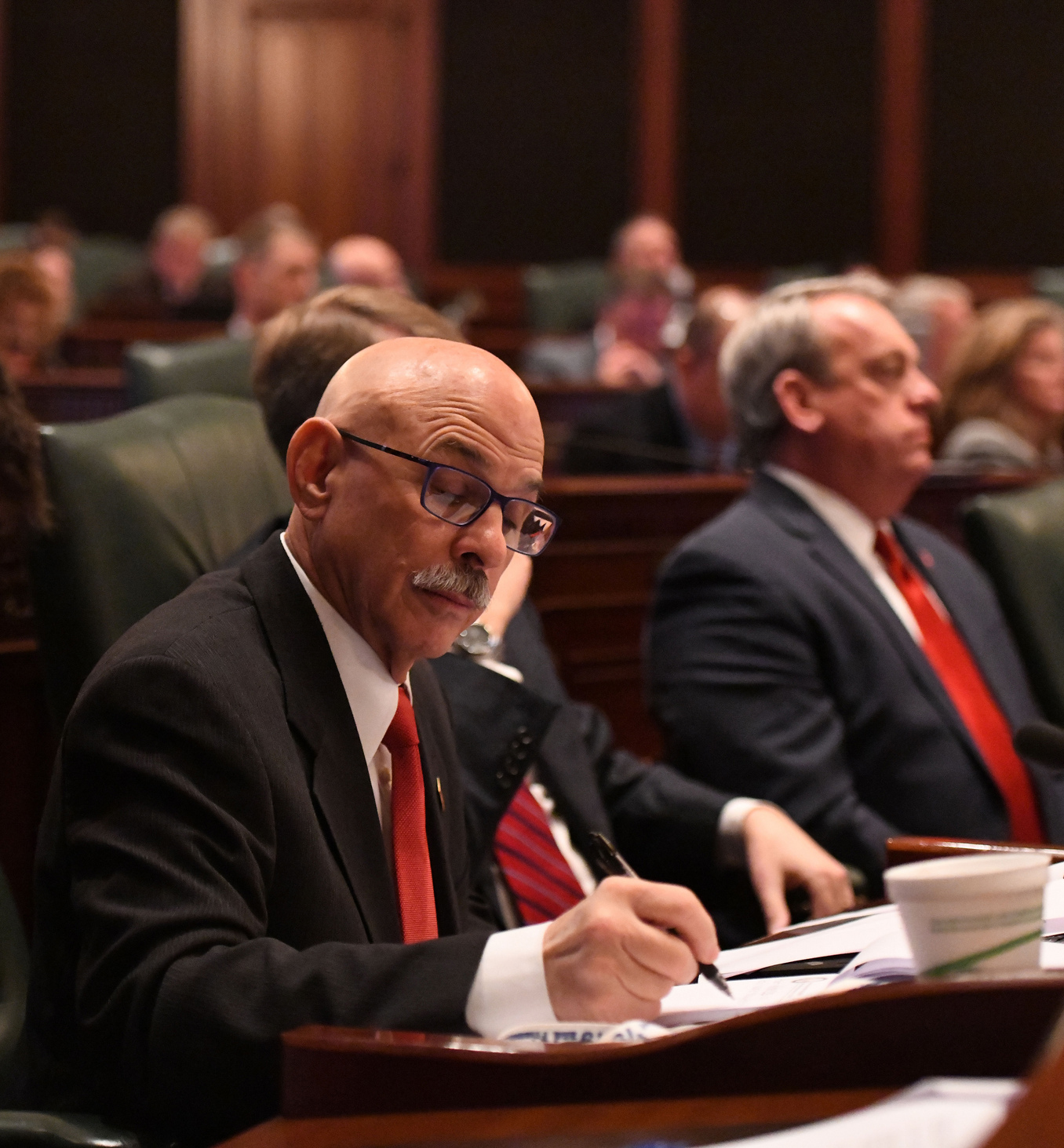 Springfield – Governor J.B. Pritzker delivered his first Budget and State of the State Address to a joint session of the Illinois General Assembly in Springfield on Wednesday.

State Representative Dan Caulkins (R-Decatur) believes Gov. Pritzker’s budget plan is just more of the same failed fiscal policies that have resulted in record debt and driven families and jobs out of Illinois.

“I had hoped that Governor Pritzker would deliver an austerity budget that cuts spending and forces the State to live within its means,” Rep. Caulkins said. “Unfortunately, the Governor called for more taxes, more spending and more borrowing to prop up his budget. This is just more of the same from the failed Democrat playbook that is burying us under a mountain of debt.”

As expected, Governor Pritzker called for the passage of a progressive income tax to fund state government and help pay down Illinois’ $130 billion in unfunded pension liabilities. The Governor did not provide details on what the tax rates and tax brackets would look like, leading Caulkins to believe that this tax hike will hurt middle-income families.

“I absolutely oppose the graduated or so-called ‘progressive’ income tax supported by the Governor and his Democrat allies in Springfield,” Caulkins said. “How do they expect Illinois working families, who were hit with a 32% income tax hike just two years, to pay even more to cover ever-increasing government spending?”

In addition to his call for a progressive income tax, the Governor’s budget proposal includes new revenues from a tax on e-cigarettes and plastic bags, the legalization of sports betting, and the selling of licenses for legalized marijuana.

“While we should look at sports betting as a potential revenue source, legalizing recreational marijuana is a big no go for me,” Rep. Caulkins said. “The State should not be promoting drug use and abuse as a way to pay for more government spending. The societal costs and harmful effects of marijuana outweigh any possible revenue bump from the legal sale of this drug.”

Governor Pritzker also introduced a five-point plan to deal with the State’s $130 billion in unfunded pension liabilities. The Pritzker pension plan includes more borrowing, pseudo-pension holidays, and the sale of State assets to offset liabilities. It would smooth and flatten payments into the pension systems, adding seven years to the pension system amortization schedule, which would extend the 90% funding ramp to 2052.

“Let’s be clear about what this is. Under the Governor’s plan, the required state pension payments would be reduced by $800 million annually for the next several years. In other words, the State would not be making its statutorily required full payments into the pension systems. This is yet another pension holiday where the Democrats underfund pensions to pay for more government programs,” Rep. Caulkins added.

“Where are the spending cuts in the Governor’s budget?” Caulkins asked. “We should be pushing for welfare and entitlement reforms, cuts to the State’s massive Medicaid program and an end to taxpayer-funded benefits for illegal immigrants. But the Democrats don’t want any of these reforms – just more taxes, borrowing and spending. As State Representative, I will work to cut wasteful spending, fund our shared priorities and only support truly balanced budgets.”