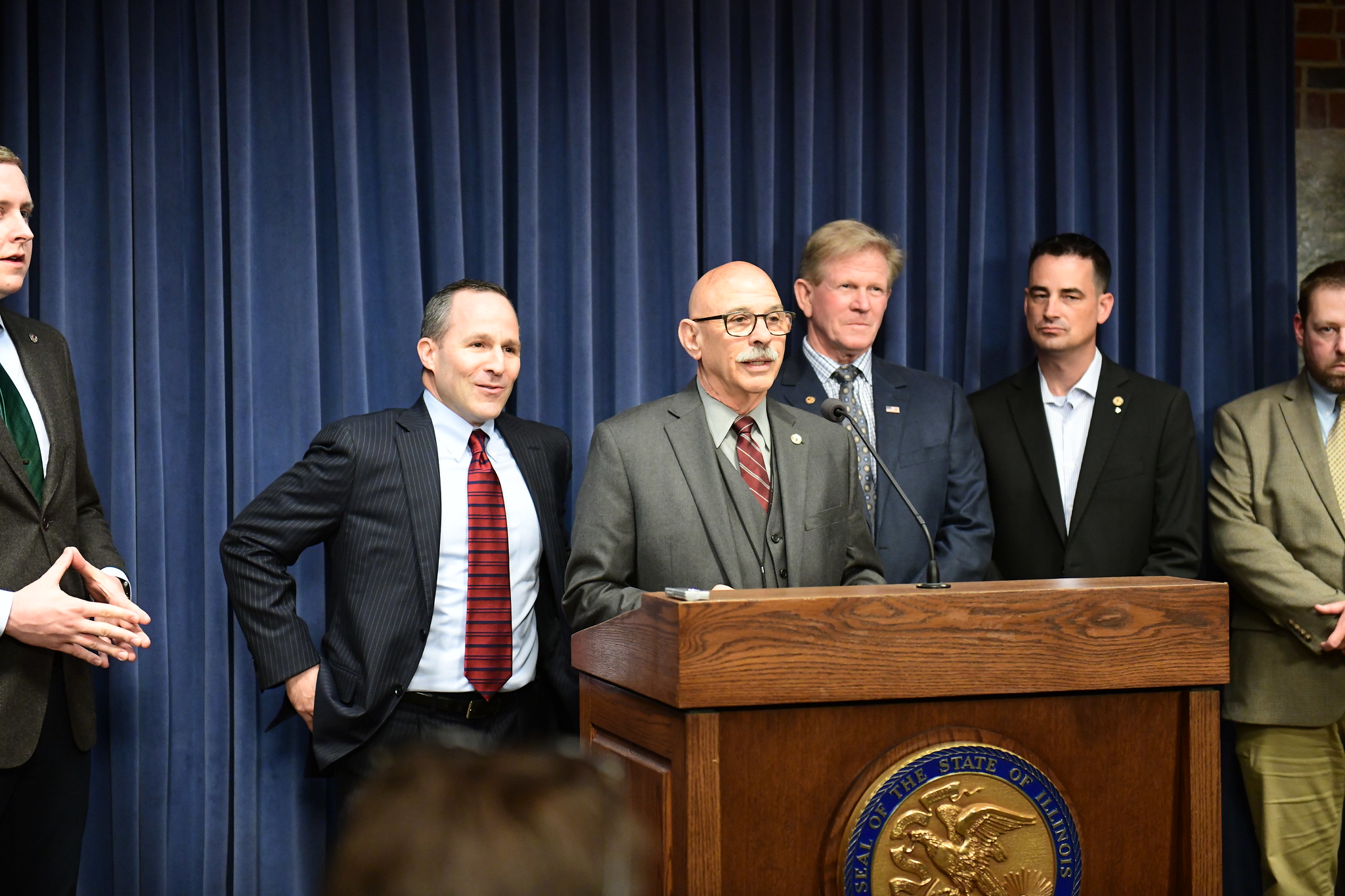 Springfield – On Monday evening, the Democrat majority passed a graduated income tax amendment out of the House Revenue and Finance Committee, over Republican objections.

State Representative Dan Caulkins (R-Decatur) spoke out against Gov. Pritzker’s graduated tax hike and voted against the proposal in committee.

“Make no mistake about it – this is a jobs tax,” Rep. Caulkins said. “We heard from Illinois manufacturers and business leaders about the devastating impact the graduated income tax will have on our economy and jobs. Democrats are continuing to push tax hikes that will drive even more jobs and people out of Illinois. I strongly oppose this attempt to replace Illinois’ flat tax with a graduated tax because it will raise taxes on middle-income families and businesses, without any spending reforms.”

At a Capitol press conference immediately preceding the Revenue Committee hearing, Representative Caulkins was joined by Andrew Libman, president of the Libman Company, a central Illinois manufacturer with nearly 700 employees. Mr. Libman detailed his opposition to the graduated income tax and how it will affect his family-owned business. Libman also testified in opposition to SJRCA 1 at the Revenue Committee hearing.

“The Libman family has run a successful Illinois manufacturing company for more than 120 years,” Rep. Caulkins said. “Passage of the Pritzker tax hike will force companies like Libman to re-examine their cost structure and determine whether they can afford to stay in Illinois or move to more job-friendly states. Illinois cannot afford to lose any more good-paying manufacturing jobs. The Pritzker jobs tax must be defeated.”