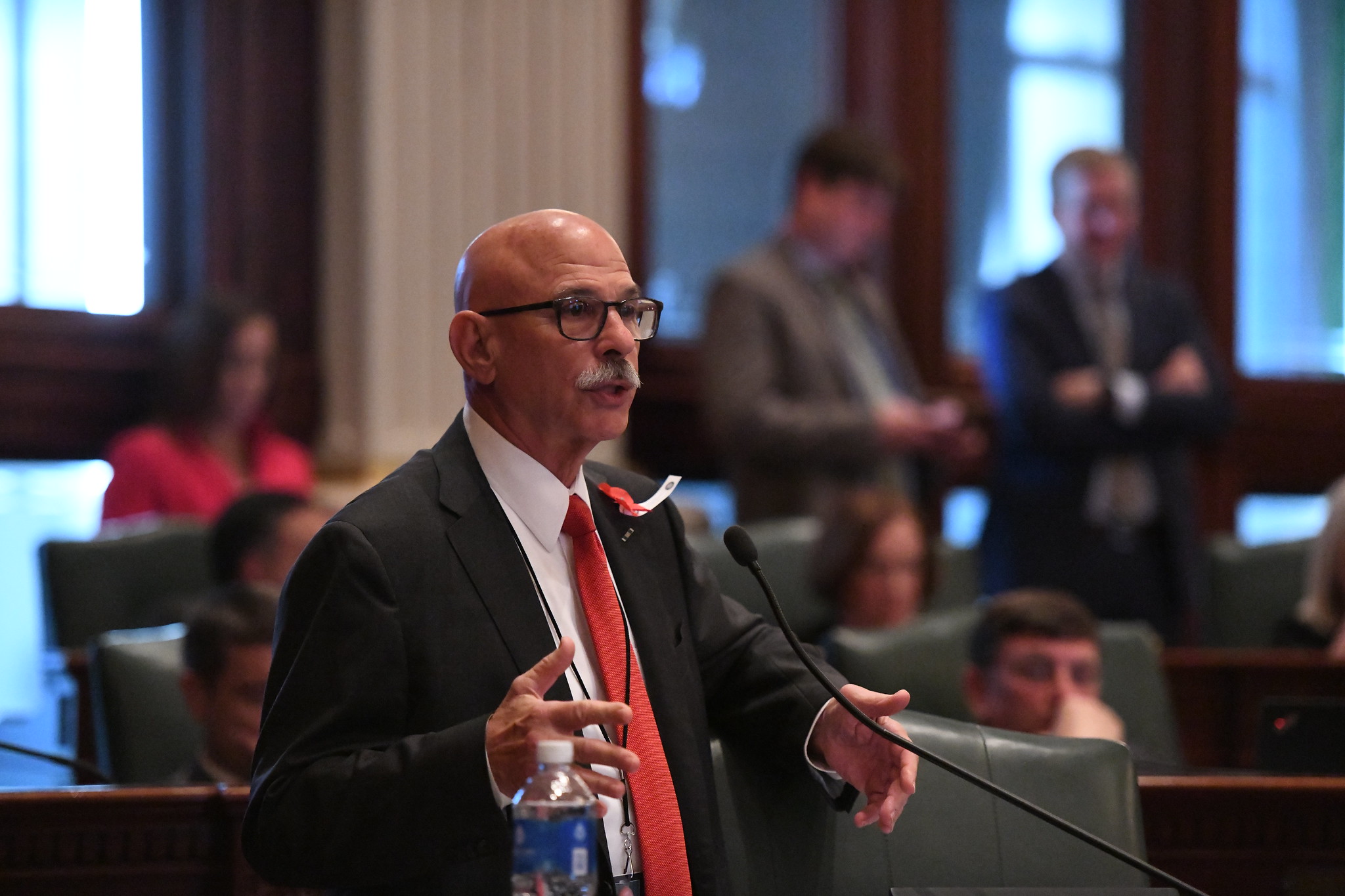 State Representative Dan Caulkins (R-Decatur) is wary of any rushed effort to consolidate these funds, especially in the absence of real pension reform.

“The General Assembly needs to thoroughly vet the Governor’s proposal, which has not even been put into bill form yet,” Rep. Caulkins said. “There’s no need to rush this proposal through in the fall Veto Session. We should be deliberate in our review and debate of any pension consolidation plan.”

“Now is not the time to be nibbling around the edges of this massive pension crisis,” Caulkins said. “We face crushing pension debt but the Governor refuses to take action to address this crisis. I am again calling for a constitutional amendment to allow the difficult but necessary changes to be made to our pension systems to protect both our retirees and taxpayers.”