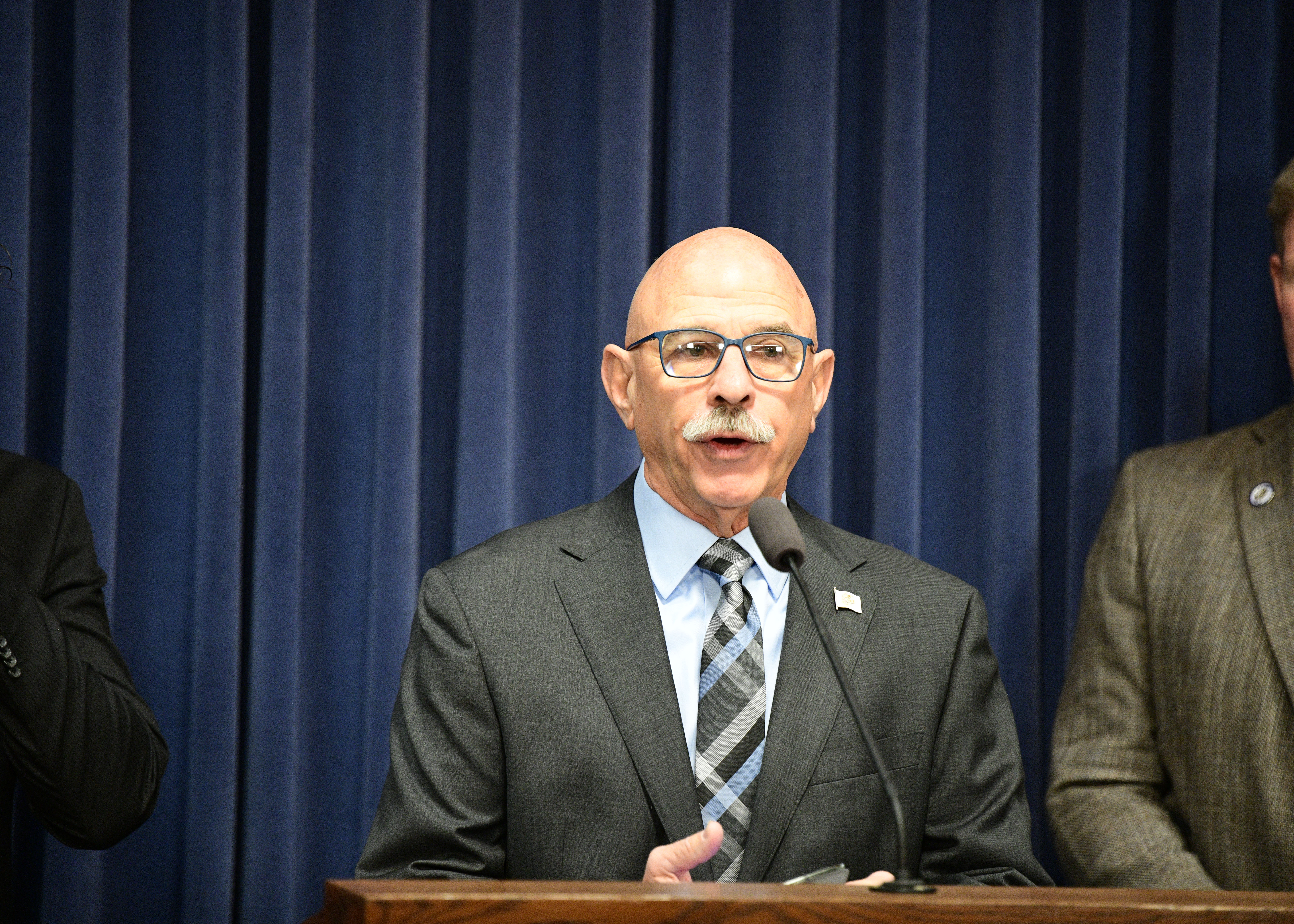 State Representative Dan Caulkins (R-Decatur) joined his Republican colleagues today in calling for a special session to pass much needed legislation aimed at curbing corruption in state government. During the special session, Caulkins would like to see legislation to prohibit legislators working as lobbyists similar to the rules applied to sitting aldermen serving on the Chicago City Council.

“Corruption is an epidemic in our state government,” said Rep. Caulkins. “The legislature should return to work and pass legislation now to stop corruption at its core. We can’t sit back and do nothing which is why I am calling for a special session.”

The Illinois House of Representatives is not scheduled to convene until January 28, 2020. The call for a special session comes in the wake of recent federal indictments of legislators. Rep. Luis Arroyo was arrested on Oct. 25, 2019 on a federal bribery charge. Arroyo allegedly offered a State Senator a bribe of $2,500 per month in exchange for support for video gambling sweepstakes games legislation, which would benefit one of Arroyo’s lobbying clients. The State Senator in question was working with the Federal Bureau of Investigations and was wearing a wire at the time the alleged bribe occurred. In addition, the FBI raided the home and offices of Senator Martin Sandoval’s (D-Chicago).

Rep. Caulkins added, “A legislator can leave office one day and become a lobbyist the very next day. How can we expect to get rid of corruption when we have a clear revolving door of legislators turned lobbyists here in Illinois? There are a lot of good ideas on the table as it relates to ethics reform. Ending the revolving door is one of them. The bottom line is we need to get serious and get as many of these reforms passed into law as we can in order to stop corruption.”